The Sprint Championship is a WRE for the M21E and W21E grades, and will be run in accordance with the Competition Rules for IOF Foot Orienteering Events 2018.

M20A and W20A will run the same courses as the M21E and W21E grades, respectively, and can also gain world ranking points as long as they provide their IOF ID when entering.

Start lists for the WRE races will be drawn according to athletes' IOF Sprint rankings at the time of start list preparation, per the IOF rules regarding WRE start list draws.

Below is the course/class combination for the Sprint Championships.

The University of Auckland’s City Campus is a maze of university buildings, on multiple levels, set in undulating park-like surroundings with some formal gardens. 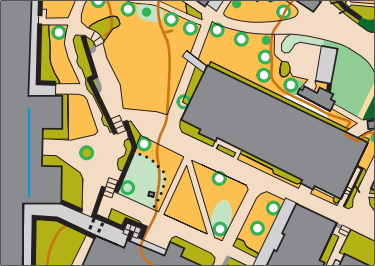