In various forums throughout the New Zealand orienteering community, issues with attendance and satisfaction with the courses and competition at the NZ Relay Championships have been raised.  Because of this, the organising committee of the 2018 New Zealand Orienteering Championships believe the format of the relay should be updated, with the 2018 championship being a trial to test a possible new format.

The motivating factors behind this change are as follows:

The criteria used to determine eligibility for relay legs are as follows:

We hope you stick around on Monday and give the new format a try.  We will be welcoming any and all feedback.

With the new relay format including Red difficulty courses for the first time, the courses are technically challenging at all levels, with areas of detailed contours and lower visibility.  To succeed runners must keep their heads while running full speed head-to-head against their competition, making sure they navigate smoothly through the whole course.  The finish chute will add an extra element of excitement to the competition, and some great spectating and photo opportunities.

The relay is set on classic Woodhill terrain: lightning fast open pine forest on rolling sand-dune terrain, with good to excellent runnability. The coastal strip contains a more intricate dune system with variable vegetation, including some rough open areas and some areas of windblown sand. There is a network of widely spaced forestry roads and some 4WD tracks. 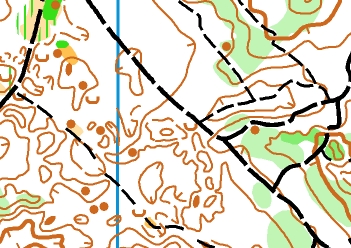